President Trump may not be a big reader, but he’s been a boon for sales of dystopian literature. Amid our thirst for adult coloring books and stories about missing girls and reincarnated puppies, some grim old classics are speaking to us with new urgency. Ray Bradbury’s “Fahrenheit 451 ,” Aldous Huxley’s “Brave New World ” and Margaret Atwood’s “The Handmaid’s Tale ” have all risen up the latest paperback bestseller list. 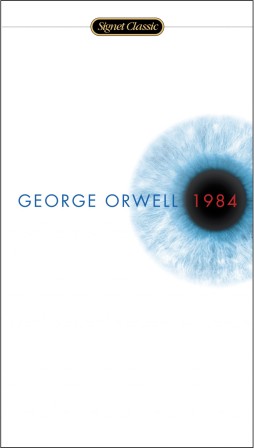 Soon after senior adviser Kellyanne Conway said on Sunday that the administration was issuing “alternative facts,” Orwell’s classic novel spiked to No. 1 on Amazon. Like officials from the Ministry of Truth, Conway and White House press secretary Sean Spicer doubled down on Trump’s fanciful contention that his inauguration drew the “largest audience ever,” despite a Web-full of photographic evidence to the contrary. The Twittersphere responded with allusions to “1984,” and Penguin announced plans for a special 75,000-copy reprint , noting that since the inauguration, sales for the novel have increased by 9,500 percent. Read more…